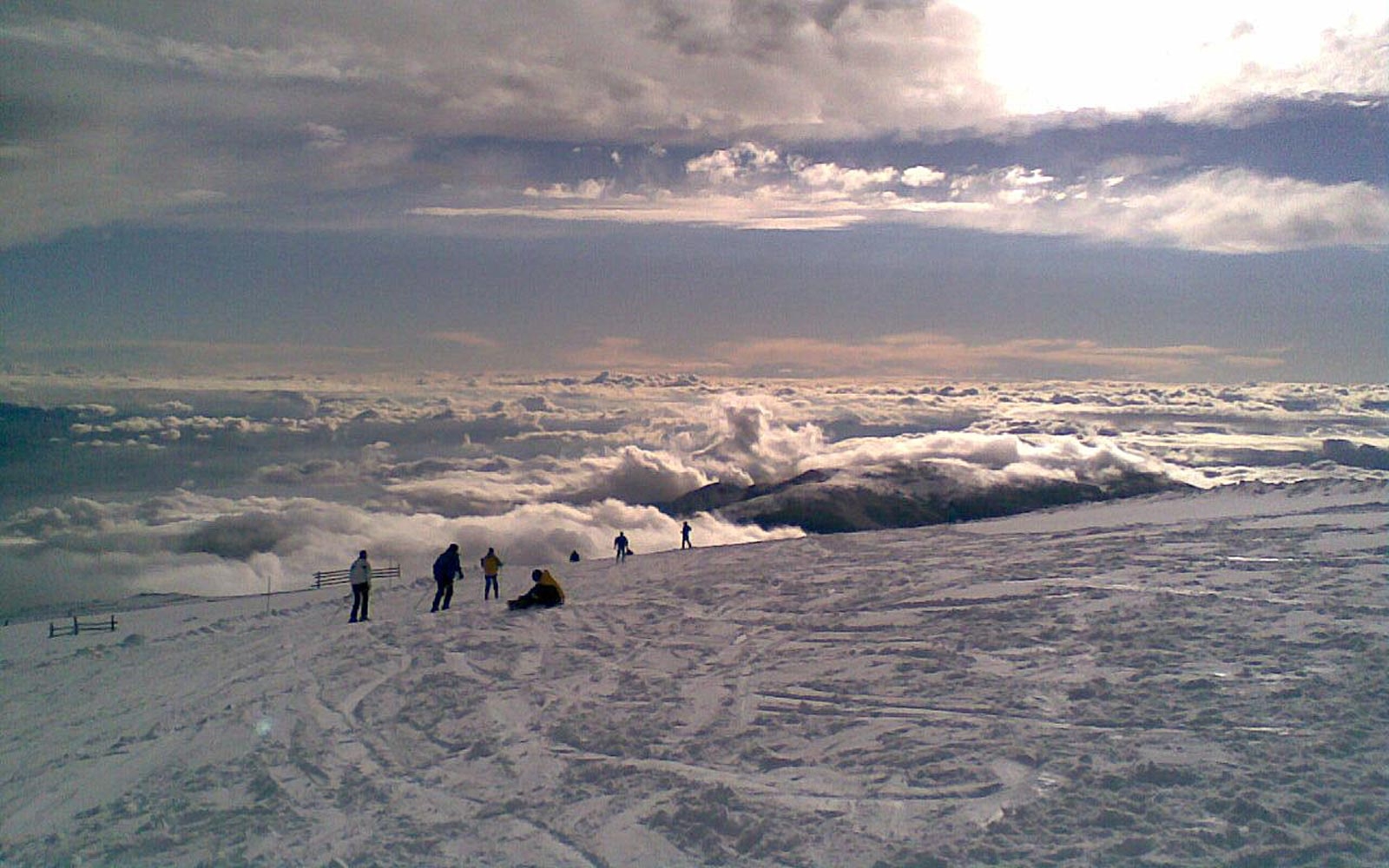 Voras ski center begins at 2040 m. Shelter's central building: 2040 m. Highest peak: 2524 m. Highest lift: 2480 m. Ski Center altitude difference: 2030 m.-2480 m. Greatest lift altitude difference: 290 m. Greatest slope altitude difference: 440 m. Voras Mountain is located at the frontiers with F.Y.R.O.M. and its crest-ridge is the limit line of the two countries. It is the third highest mountain in Greece after Olympos (2917 m.) and Smolikas (2637 m.), with an altitude of 2524 m., on the peak of which stands Kaimaktsalan Ski Center. The view from the mountain is amazing, since one can see with the naked eye as far as Thermaikos Gulf, the peak of Olympos Mountain and, of course, the 3-5 Pigadia Ski Center in Naoussa, which is across from the peak.

The word "Kaimaktsalan" has Turkish origins and means in literal translation the cream-crust thief. The reason why this denomination was given is not certain (there are a lot of explanations).

* The Main Shelter: It is on the foot of the ski center (at 2050 m.). Lately renovated (12/04), it can accommodate up to 20 persons in its 7 luxurious rooms and can give assistance to about 2500 persons for a coffee, a soft drink or meal. In the central building there is also a restaurant, 2 bars, fast food, Internet cafe, playgrounds and a mini market. Through its large lounges you can view the slopes. There is also accessibility and lavatories for the handicapped.
* Snow bar (cafe-bar): It is on the foot of the main lift, with a magic view of the slopes, fireplace, good music, cafe, soft drinks and snacks
* Ski and snowboard schools
* Ski, snowboard & snowmobile equipment rent shop
* Booking office
* Parking lot

* Snow Tubing Park:
It refers to a special shaped domain in which young and elders can have fun without demanding any special clothing, ski, snowboard or any other sport knowledge. It contains its own sliding lift (baby-lift type) 120 m. in length, special automatic system, and elevated start for special shaped slope. The park operates every Saturday, Sunday and on Holidays from the opening of the ski center till the end of the winter period.
* Speed Trap:
In the location Sarantovrissi, within the ski center, from the beginning of the winter season 2004-2005, functions the first Speed Trap in Greece. The Speed Trap is set in a special shaped slope at an altitude of 1200 m., near the main slope of the Ski center. With Speed Trap every skier can "trap speed". The skier traverses a 150 m. in length slope. At this slope terminal there is a special marked domain in which the skier can see to the scoreboard the highest speed he reached.
* Snow rafting:
From the 2004-2005 winter season the center snow rafting, which gives the visitor the possibility to descend the slope in a big rubber boat accompanied by a trainer.
* Transportation vehicle to the peak point:
The visitor has the possibility to reach the peak point (2524 m.) with a special vehicle, visit the unique Profitis Ilias Chapel for its view, take a photo or play snowball.